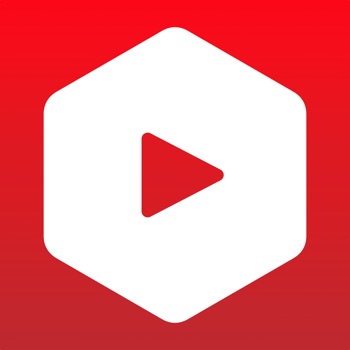 ProTube is the ultimate, fully featured YouTube app. With its highly polished design, ProTube offers ad-free video with selectable playback quality, audio-only playback, background playback and adjustable playback speed. You can even manage videos in playlists without signing in with a YouTube account!

1080p 60fps, 4k video playback and the ability to show new uploads from your subscriptions are exclusive feature that no other 3rd party app on the App Store offers!

Main Features:
• Video playback in any quality, from 144p up to 4k Ultra HD.
• 60fps video playback.
• No advertisements or annoying pop ups!
• Audio-only playback in high quality with low bandwidth usage.
• You can sign in with your YouTube account to view and manage your uploads, playlists and subscriptions.
• Watch videos that are blocked on mobile devices.
• Background playback allows audio to keep playing while using other apps or while the screen is locked.
• Discover videos, playlists and channels with the powerful search engine.
• Rate and share videos and add them to playlists even without a YouTube account.
• Play entire playlists with shuffle and repeat options.
• Adjust the playback speed, to view certain moments in slow motion or fast forward.
• View top comments, recent comments, ratings and post your own comments & replies.
• Mirror videos to your TV with Apple TV or Chromecast.
• Customize your experience by choosing your preferred homepage, default playback quality, autoplay setting and more.
• Share videos, playlists and channels with your friends.
• Video and audio playback can be minimized, allowing to browse inside the app while playback continues.
• Split screen and picture in picture support.
• 3D touch integration.
• Full Voice Over support.
• Much more!

Following the success of version 1 of ProTube, version 2 of ProTube is now available on the App Store and it is better than ever. ProTube is developed by a frequent YouTube user and is made to deliver the best YouTube experience you can have.
ProTube is a high quality app, made in Germany!

This update introduces a workaround for a bug in the YouTube API that causes subscriptions, what to watch and playlists to fail loading.

The bug that causes these errors is not in ProTube, it is a bug in the YouTube API. It is a critical bug, yet YouTube has not fixed it or made any statement even after several days. Therefore I was forced to introduce a workaround in ProTube in order to make the app work properly again.