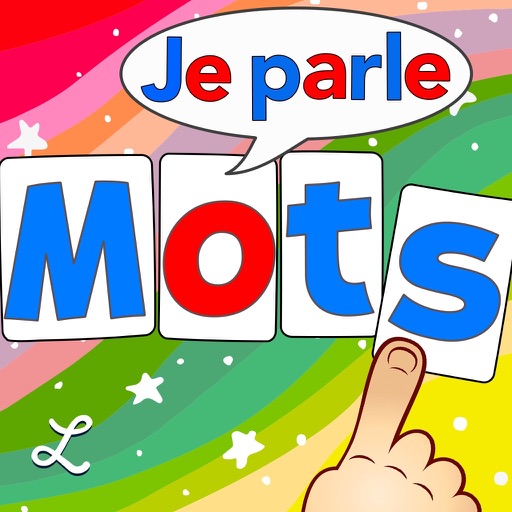 • The Talking Movable Alphabet activity allows kids to experiment with word building and phonics thanks to the advanced text to speech engine
• Any text can be written and spoken
• 2 child voices + 3 adult voices (including a French Canadian voice)
• Uppercase & lowercase letters, numbers, digraphs, ABC, Qwerty or Azerty keyboard
• Many, many settings to adapt the activities to the child’s needs (letter size, assign images to words, high contrast modes for kids with visual impairment,...)

• 3 spelling activities that increase in difficulty
• 200 built-in word lists (about 2000 words)
• Add your own words to create unique spelling quizzes!
• Add your own images to illustrate your word lists
• Keep tabs on your children’s progress with detailed reports

• Pronounce and spell-check any word, number or sentence with natural sounding voice
• Letter sound (phonic) or name when a letter is touched in the alphabet
• 4 keyboards available: letters, numbers, consonant digraphs (like “ch”) and vowels digraphs (like “au”)
• Uppercase or lowercase letters
• Keyboard emulation option (dragging letters is optional)
• 4 letter sizes available (allowing for more or fewer letters on the board)
• Voice Transformer (speed and tone) for added fun
• Customized word pronunciation, if necessary

3 spelling activities of increasing difficulty are provided to adapt the activity to the child’s spelling level. You can use the built-in word lists or create your own.

1 - "Word Practice" says and displays the word to spell, and asks the child to spell it using the talking movable alphabet
2 - "Scrambled Letters" says the word and displays the letters needed to build the word or sentence, and asks the child to reorder the letters.
3 - “Spelling Quizzes” is a standard spelling test. The app won’t move onto the next word until the child has correctly spelled the word, helping them to remember its correct spelling.

• 200 built-in word lists: Words for beginners, 1,000 most frequently used words, body parts and more
• Create custom Word Lists by entering your own words and sentences
• Import and export Word Lists you’ve created
• Hints are available should kids not know how to spell a word
• Colorful animations are displayed when a word is completed
• Once a quiz is completed, interactive animations are available as a reward

Please send your suggestions, comment or questions to [email protected] We are listening to our users to make our products even better.

As usual, please send us your feedback and suggestions so we can make the app even better ([email protected]). Thanks :-)