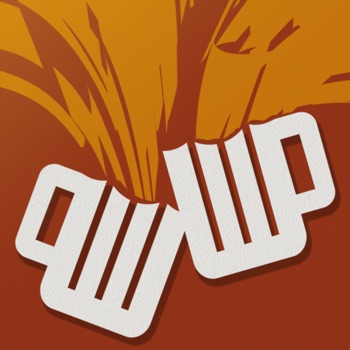 Over 300,000+ beers and millions of user reviews at your fingertips. Browse and rate beers from every brewery, as well as find nearby stores, restaurants and bars all serving and selling beer.

••Barcode Scanning••
Beer Buddy allows you to use your device's camera to scan UPCs (barcodes) from beer bottles, cans, and cases, to obtain vital information pertaining to that particular beer. Discover history, alcohol content, user reviews, the brewery behind the beer, and much more all from scanning a barcode. If it happens that your beer has not been found via barcode scanning, add it to our vast database or search for it by name.

••RateBeer.com Integration and Reviews••
With Beer Buddy you will be able to actively interact with the web’s most complete beer database at ratebeer.com. With more than 300,000+ beers, and more being added everyday, the ratebeer.com database is at your fingertips. Many beers in the database can now be scanned, found, rated and shared. Users that have a ratebeer.com account will be able to write and post reviews to the website directly from Beer Buddy. Users will also be able to synchronize their ratebeer.com ratings to their device for later offline viewing. All users will have the ability to read reviews from ratebeer.com and see categorical scores for taste, aroma, palate, etc.

••Beer Finder••
“Beer Finder”, innovative enough to be an app by itself has been seamlessly integrated into Beer Buddy. Search for beers by name using Beer Buddys' intuitive auto complete search. You now have the ability to search the top beers in every country, the best seasonal beers, and RateBeer.com’s Top 50 list. Ever wonder what the top beer is in the United States, South Africa or any other country in the world?? Now you have that ability in the palm of your hands.

••Places••
Beer Buddy allows you to tap into a huge database of restaurants, beverage stores, bars, and breweries that serve your favorite beer. Using Places you can find these spots based on your current location, searching by name, or searching by address. Never go thirsty again!

••Beers On-Tap••
The “On Tap” feature is a new idea in beer apps that allows you to compose a list of beers you have not yet tried but would like to in the future. Now you can find a beer and add it to a list, read up on it, find beers from the same brewery and get a ton of other information. Beers “On Tap” can be easily transferred to your favorites or tasted list and reviewed.

••Favorites List••
Beer Buddy will also allow you to make a list of your favorite beers. Your favorites list will give you the ability to rank and rate your beers. With addition of new ales, porters, stouts, ciders, and more your favorites list can seamlessly be edited. Integration with social media such as Facebook and Twitter.

"This is by far the most comprehensive beer app out there, and will be your buddy to finding, drinking and rating beer. The app is directly integrated with ratebeer.com so you can read reviews of any beer and locations (retailers, bars, and breweries), as well as provide your own ratings...You can start by either searching for the name of the beer or scanning the barcode. Once you find your beer, you can bookmark it for later via the “On Tap” function."
-- GigaOM.com