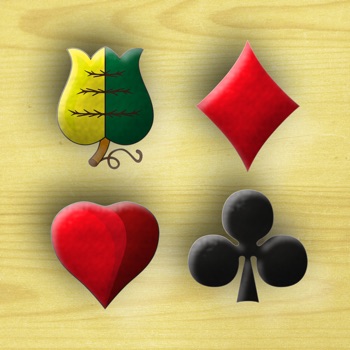 Download the Schnopsn app and play “Schnapsen” against thousands of active players or the computer.

Schnapsen is a card game well-known in taverns of Austria and other German-speaking regions.

* Play Schnapsen with your friends – online or via Bluetooth

* Enjoy the realistic display of the cards on the table and get the feeling of playing in an Austrian Tavern!

In contrast to card games like Solitaire, you can play Schnopsn alone or with yours friends. It's as easy to learn but you will have to develop good strategies and tactics to beat your opponent.