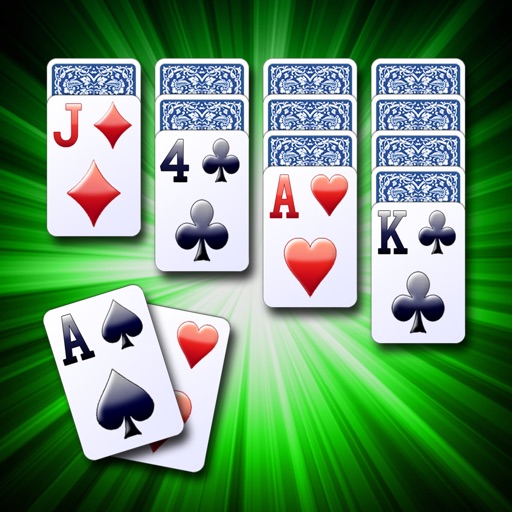 Play all your favorite solitaire games such as Klondike, Double Klondike, Spider, FreeCell, Spiderette, Tri-Peaks, Scorpion, Pyramid and many more. This paid version of Solitaire City® is completely advert free, contains no In-App Purchases, no tracking and doesn't collect any analytics data. Your privacy is important to us! If you've played thousands of games with the free version of Solitaire City then your scores, statistics and customizations will now be automatically transferred to this paid version so there's no excuse not to upgrade now! Solitaire City is a Universal App! Buy once and play it on all your iOS devices with tablet enhanced high resolution graphics on iPads and detailed HD graphics on all devices that have Retina displays.

Solitaire City is played against the clock for points. The faster you complete a game, the higher your score. Think you have an epic score? Then take a look at the numerous Game Center leaderboards to see how it compares with players from all around the world.

A unique training system is included that teaches you the game rules and points out valid moves as you play. No more confusing rules to read. Learn new solitaire games as you play!

1) Three Shuffles and a Draw, La Belle Lucie etc can be found under the "Fan Games" section as separate game Rules.

2) You can either drag cards onto other cards or use the new Tap to Move feature - tap on a card to highlight it grey and then tap where you want it to move to. You can turn Tap to Move off from the Solitaire City Settings screen if you always drag cards.

3) There is an option that can ask you to confirm if you want to end a game on the Settings screen. It's called "Confirm New/End" and if you're prone to accidentally hitting the New button during play then simply turn it on.

Try our other games "10 Pin Shuffle" and "Silly Saucers", also available on the App Store.

1) Now works on macOS Silicon devices.
2) The font size has been increased.
3) You can now adjust or mute the sound effects volume when you pause the game.
4) The volume slider on the Settings screen now becomes grayed out when sound effects are turned off to avoid confusion when the sound stops working.

1) If you turned off Game Center in Settings then other random text in Settings would be grayed out.
2) The Demon card layout has been moved further down the screen so that when you touch a foundation to reveal the base card, it doesn’t get covered by the buttons at the top of the screen anymore.