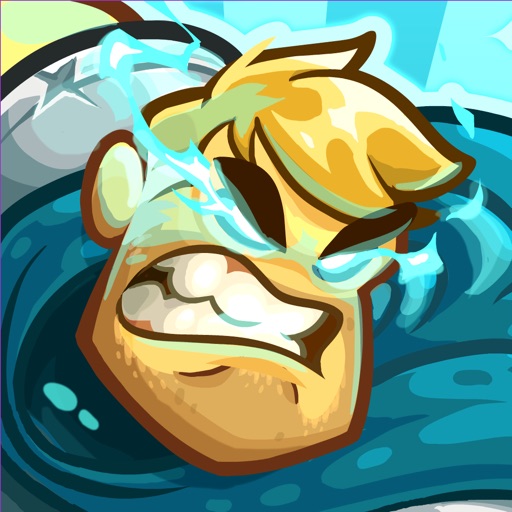 Embark on epic adventures to save the kingdom! In this legendary RPG game with rogue-lite elements!

WELCOME TO LEGENDS OF KINGDOM RUSH!

LEAD THE MOST POWERFUL KINGDOM RUSH CHARACTERS
An extraplanar menace of unprecedented proportions is attacking the realm!
Lead a party of heroes to stop this foe in a highly engaging combat system that is easy to learn but hard to master.
6 Legendary Heroes, like the mighty paladin Gerald Lightseeker or the cunning shadow assassin Asra Daggerfall, will be awaiting your command.
12 Companion Heroes, with different skills and powers, like the resourceful forest ranger, the volatile dwarven bombardier, or the menacing dark knight will follow your Legends to victory!
Unlock all of these fantastic heroes as you push through more and more dangerous lands.

STRATEGIC GRID-BASED COMBAT
Strategically move your heroes on a hex-based grid to best fit their skills to your combat tactics. Switch and match your heroes and companions until you find your ideal team for each battle!

Learn more about the Kingdom Rush universe with over 100 narrative events while you fight your way through lush forests, rugged mountains, and devastated wastelands.
Get up close and personal with your heroes like never before! Literally, you can see their faces now!

Engage in countless intense battles separate from adventures in the new Quick-Play Arena mode!
- Face hordes of enemies with a randomly assigned party and combat diversifiers.
- Fight the new Elite units, the Kingdom's most dangerous enemies!
- Prove yourself as a legend, playing Daily Challenges and competing for the top spot in our weekly Leaderboard.