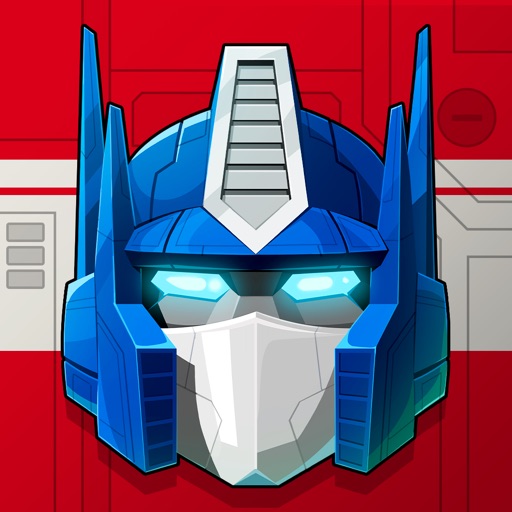 Assemble a team of all your favorite Transformers! Battle your way through the ranks of competitive Arenas in this real-time PvP strategy game! Unlock new cards, master their unique abilities, and evolve your strategy to gain a competitive advantage. With dozens of familiar characters, powerful structures, and an arsenal of tactical support units at your disposal, no two battles are alike.

Features:
• Battle in real time with players around the world!
• Collect and level up your favorite Transformers!
• Build your squad to suit your personal strategy!
• Unlock new characters, structures, and tactical support to evolve your play style!
• Legendary cards can be played two different ways - evolve your strategy in real-time!
• Compete against others in 1v1 real-time matches to climb the ranks and unlock new arenas!
• Utilize unique Prime Abilities to turn the tides of a battle!
• Customize gameplay by choosing from music tracks and classically-themed emotes!
• Daily and weekly challenges give rewards and help to expand your strategy!

1.4.1
[ BUG FIXES ]
• Fixed an issue that caused crashing during gameplay.