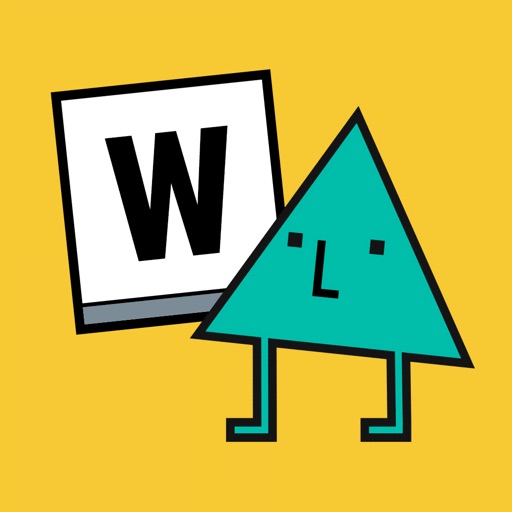 Grab words from a list and cross them with words on the board. Puzzle your way towards a Finish Tile, put down enough words, or put down as many words as you can!

In this game, you'll find:
• Infinite unique puzzles, generated by an intelligent algorithm.
• Tangle Mode, where you pick up extra words to put down 15 words.
• Precise Mode, where puzzles have a single solution.
• Daily, Weekly and Monthly Mode, where you put down as many words as you can!

On top of that, you'll also find:
• 20+ word themes, some of which are rather… peculiar.
• Plenty of puzzle variations to challenge how you play.
• Cute little characters who walk around in your puzzles doing absolutely nothing.
• Play with controllers compatible with your device.

On top of the languages above, the interface (but not the puzzles!) is also available in the following languages:
• Japanese
• Arabic
• Chinese (Simplified)
• Chinese (Traditional)
• Korean

wurdweb is designed by Aran Koning and Adriaan de Jongh, two game designers and friends from the Netherlands.

Changes in this version:
- Added a blob to the dragging word and the closest parallel word to help you see how the underlying word rotation system works.
- Added indicators to words in the word list that were just added by Plus Tiles. They disappear again after seeing them for a few seconds.
- Added 11 new music tracks to wurdweb.
- Added more moments where the game saves your Daily / Weekly / Monthly Mode puzzle progress.
- Added more iCloud fail-safes and notices, so that iCloud fails less often but when it does, both you and us are aware of what’s happening.
- Added a small in-game pop-ups showing what random puzzle options or what foreign language the game decided on.
- Added the option to continue playing an expired Daily / Weekly / Monthly Mode puzzle, without submitting it to the leaderboards.
- Added a ‘news scroll’ showing the current puzzle’s generation options to the pause menu.
- Added ‘Reduce motion’ option to settings, which can disable the background scroll and reducing the amount of characters in puzzles.
- Added ‘Replay tutorial’ button to settings.
- Improved tutorial: clearer steps, fewer take-overs by the game, and a few more fail-safes for edge cases.
- Improved word rotation by also rotating the dragging word when your cursor / pointer / finger is in proximity of a parallel word on the grid.
- Improved word list for landscape screens by having it show more words.
- Fixed the available screen resolutions check on startup on Mac’s with the M1 chip.
- Fixed the nightly challenge not actually registering puzzles played at night. Sorry about this!
- Fixed various puzzle generation scenarios that would generate conceptually unbeatable puzzles, especially with certain variations.
- Fixed ability to place a word on top of another word entirely if that word contains that word (eg. placing meteorite over meteor).
- Fixed characters suddenly running around a little too quick and glitching in place.
- Fixed scroll window contents disappearing with a system message or when going in and out of the app. Hopefully for good this time.
- Fixed the word count in Tangle Mode puzzles not taking into account multiple starting words.
- Fixed the menu demo sometimes placing 2 words at the same time.