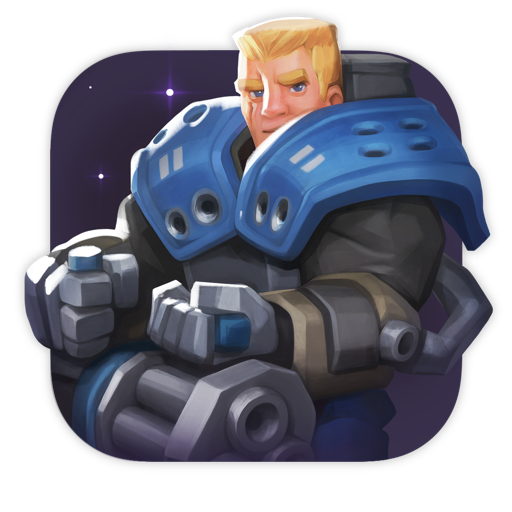 It is probably the most dynamic turn-based strategy in the spirit of the old school. Less covers, more action! Land on a lost planet and show the mutants what you are made of. Shoot, kick, blow up and destroy. You will put together the most reckless team of fighters and unravel the mysteries of the mystical planet following the best traditions of science fiction.

• The game is inspired by the best turn-based strategies of the old school
• A unique system of dynamic turn-based battles lasting 10–15 minutes
• A squad of space rangers made up of 7 fighters with a unique fighting style
• A story about the mysterious planet in the spirit of the golden age of science fiction
• A hand-drawn map of the game world
• Assault rifles, machine guns, plasma guns, grenade launchers and a lot of other equipment to make your fighters even stronger
• More than 20 different enemies from alien animals to dangerous monsters
• Futuristic upgradable equipment which gives your fighters unique abilities
• Intense dialogs between team members, which reveal unexpected plot twists
• Colorful special effects that transform a turn-based combat into an exciting action movie
• And, of course, the party headliners are dangerous bosses that show up at the end of each chapter of the adventure

Greetings, Spacelanders! New daily mission have been added. We’re sure you’ll be able to complete them with distinction.
- Armored Protector. You’ve reached an underground robot production facility. Escort the scientist to the surface.
- Barracks. An enemy squad has taken over the living quarters on our station. Find and neutralize the most dangerous enemies: the grenadiers.
- Infested Nest. Our complex’s central server has been hijacked and infected. Disable the central nodes before the virus spreads.
- Emergency Exit. Our sabotage team has wired an underground laboratory with explosives. Now for the hard part: evacuating before the explosion.
- False Alarm. An alarm is going off. Monsters may have infiltrated one of the levels of Torvald’s mine. This had better be a false alarm...

We’ve also added lots of other improvements and fixes.