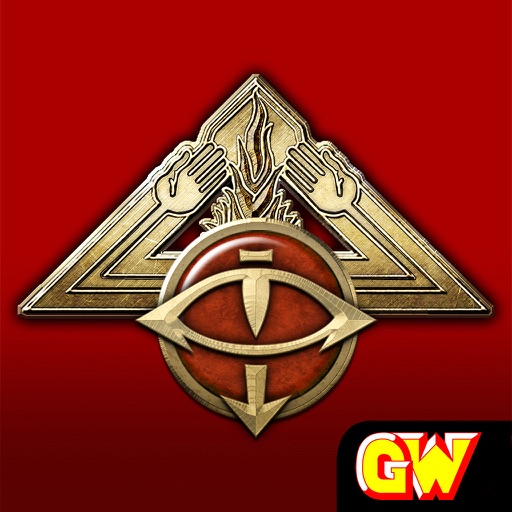 A grand strategic war game set in the future of the 31st Millenium. You fight as powerful Warlords, across the galaxy, building vast armies and armadas, either in the service of the Emperor of Mankind or the Warmaster Horus and the forces of Chaos.

4/5 “It’s a solid re-skin of a classic and it’s a lot of fun to crush your friends as a Primarch or Hero from The Horus Heresy Novels.” Bell of Lost Souls
8/10 “Delightful game, beautiful, effectively supplied and simple (due to tutorials) that will appeal to many beginners" - Blue Bird

"This reimagining of the classic Talisman gameplay in the Warhammer 40k universe is one of the most gorgeous digital board games I have ever seen." - Brad Cummings, Boardgamegeek.com

"Fans of both Talisman and Warhammer 40,000, will like this one" - Pocket Tactics
Talisman: The Horus Heresy is a fun new way to interact with the Universe of Warhammer 40,000. If you are familiar with The Horus Heresy, you will find new ways to explore it; if you are a newcomer, this game will teach you all about the characters, planets, campaigns and the complex machinery of war employed in this Epic struggle of Good and Evil.

Up to four players may take control of one or more of the galaxy’s greatest heroes or most notorious villains. It’s a combative game and players take the side of either traitor or loyalist, these Warlords form vast companies of Space Marines, battalions of tanks and battlefleets of Spacecraft. They are the most powerful beings in the Galaxy and their followers are legion.

This is a digital board game based on the Talisman rule system and set in the Warhammer 40,000 universe, during the cataclysmic events of the Horus Heresy. It’s a unique adaptation of Talisman that has been tailored specifically for digital platforms and scaled up exponentially, exploring not a kingdom but a whole galaxy in the 31st Millennium. No longer will you be fighting for the Crown of Command, but for the very future of humanity…

- Command one of the eighteen Space Marine Legions that fought during the Horus Heresy
- Play as one of eight of the galaxy’s greatest heroes or most notorious villains such as Roboute Guilliman or Angron
- Multiplayer for up to 4 players
- Challenge or team-up with your friends locally and online
- Play against AI opponents
- Various expansions are available adding new Warlords and Battle Sectors to the game.